Staff Editorial: Cannabis use in the olympics 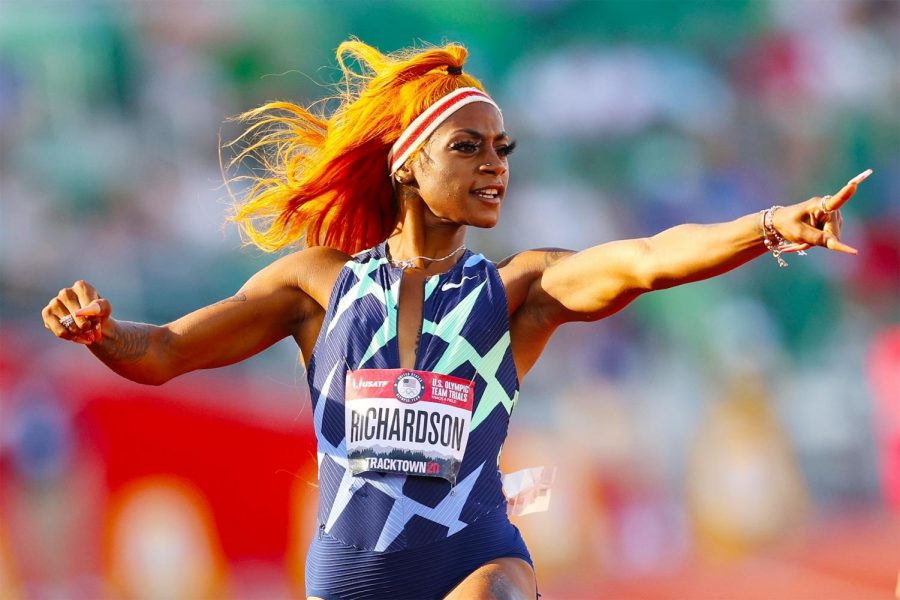 This year, at the 2020 Japan olympics, Sha’Carri Richardson was not selected to run in the for the U.S. relay team because she had tested positive for THC. Had the test turned back negative, she was set to represent the U.S. in the Summer Olympics.

This sparked debate among other athletes about whether or not marijuanna should be grouped in with banned performance enhancing drugs. Social media users wrote their opinion on the matter, and trended many hashtags and phrases worldwide. There are multiple arguments for abolishing the seemingly outdated rule: the legalization of weed, and the WADA’s concealment of the exact reasoning for the restriction.

In emails between PBS NewsHour sent to a WADA representative, PBS NewsHour asked why exactly cannabis was banned. WADA’s response was less than helpful. They responded that they do not “publish which criteria each substance or method fulfills when publishing the [banned substance] List.”

As of June 19 2019 weed was legalized in Ill. This means that this debate can be related to some of the students at Lake Land College who are 21 or older. Many students may ask the same questions about regulations that we have here on campus.

The Navigator staff doesn’t see Marijanna as a performance enhancing drug. Especially if it is prescribed for medicinal purposes, olympic athletes shouldn’t be penalized for its use. Since the drug has been legalized for recreational purposes, the stigma around it in sports needs to be changed to reflect these laws.

For more information on this restriction, visit https://www.pbs.org/newshour/nation/why-cant-olympians-smoke-weed