Biden’s empathy is the focus point at the DNC 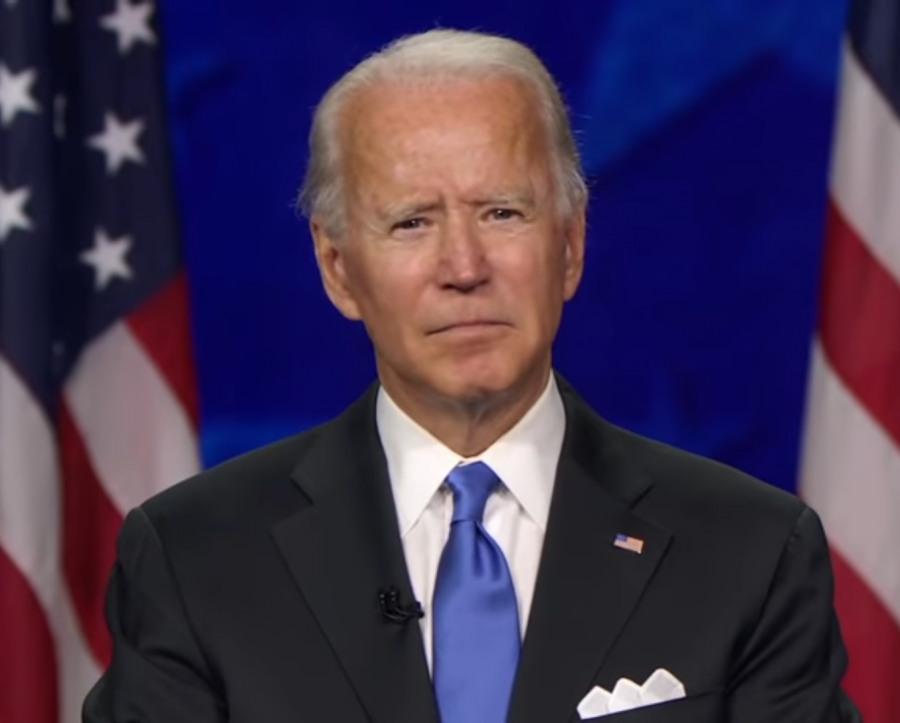 Aug. 17 marked the beginning of the 2020 Democratic National Convention, DNC, which concluded on Aug. 20. There were many differences between this DNC and the previous ones. Due to the COVID-19 pandemic, the decision was made to have a completely virtual convention. All speakers would be live streaming from their homes, and everyone would be watching the convention on their TV.

On the fourth day of the DNC, Joe Biden gave his long-awaited speech. During his speech he stated, “This campaign isn’t just about winning votes. It’s about winning the heart and yes the soul of America. Winning it for the generous among us, not the selfish, winning it for workers who keep this country going, not just the privileged few at the top. Winning for those communities, who have known the injustice of a knee on the neck. For all the young people, who have known only America being a rising inequity and shrinking opportunity. They deserve the experience of America’s promise.” He then continued on, “… at the time I said we are in a battle for the soul of this nation, and we are.”

On the third day of the DNC, Kamala Harris gave her speech focusing on consequences of this pandemic and the human rights movement happening today. “… we are a nation that’s grieving. Grieving the loss of life, the loss of jobs, the loss of opportunities, the loss of normalcy. And yes, the loss of certainty. And while this virus touches us all, let’s be honest, it is not an equal-opportunity offender. Black, Latino and Indigenous people are suffering and dying disproportionately. This is not a coincidence. It is the effect of structural racism” She then continued, “This virus has no eyes, and yet it knows exactly how we see each other and how we treat each other. And let’s be clear, there is no vaccine for racism. We’ve got to do the work. For George Floyd. For Breonna Taylor. For the lives of too many others to name. For our children. For all of us. We’ve got to do the work to fulfill that promise of equal justice under law. Because none of us are free until all of us are free.”

Former President Barack Obama’s spoke of his disappointment towards his successor President Trump. “I never expected that my successor would embrace my vision or continue my policies. I did hope for the sake of our country that Donald Trump might show some interest in taking the job seriously… For close to four years now he has shown no interest in putting in the work, no interest in finding common ground, no interest in using the awesome power of his office to help anyone but himself and his friends. No interest in treating the presidency as anything but one more reality show that he can use to get the attention he craves.” He then continued on with, “Donald Trump hasn’t grown into the job because he can’t, and the consequences of that failure are severe.”

Obama also commented about Joe Biden’s character and his empathy. “Joe’s a man who learned, early on, to treat every person he meets with respect and dignity. Living by the words his parents taught him, ‘No one’s better than you Joe, but you’re better than nobody.’ That empathy, that decency, the belief that everybody counts, that’s who Joe is.” Obama spoke further about Biden and Harris to encourage those watching to vote for them. He stated, “But more than anything, what I know about Joe, what I know about Kamala, is that they actually care about every American. And that they care deeply about this democracy.”

Obama went on to explain, “…what I know about [Joe and Kamala], is that they actually care about every American, and that they care deeply about this democracy. They believe that in a democracy the right to vote is sacred, and we should be making it easier for people to cast their ballots not harder. They believe that no one, including the president, is above the law… They understand that in this democracy the Commander-in-Chief does not use the men and women of our military, who are willing to risk everything to protect our nation, as political props to deploy against peaceful protesters on our own soil.”

Additionally, on the first day of the DNC, Bernie Sanders spoke in favor of Biden. “Our great nation is now living in an unprecedented moment. We’re facing the worst public health crisis in a hundred years and the worst economic collapse since the Great Depression. We are confronting systemic racism and enormous threat to our plant, climate change. And in the midst of all of this, we have a president who is not only incapable of addressing these crises, but is leading us down the path of authoritarianism. This election is the most important in the modern history of this country.” Sanders then went on to encourage everyone who has supported him in his campaign this election and in 2016 to support and vote for Biden in November.

Throughout the DNC there were many more politicians, both democrats and republicans, the latter of which rarely occurs, and American citizens who spoke in support of Biden and encouraged viewers to vote for Biden in November.