LGBTQ+ representation in the media 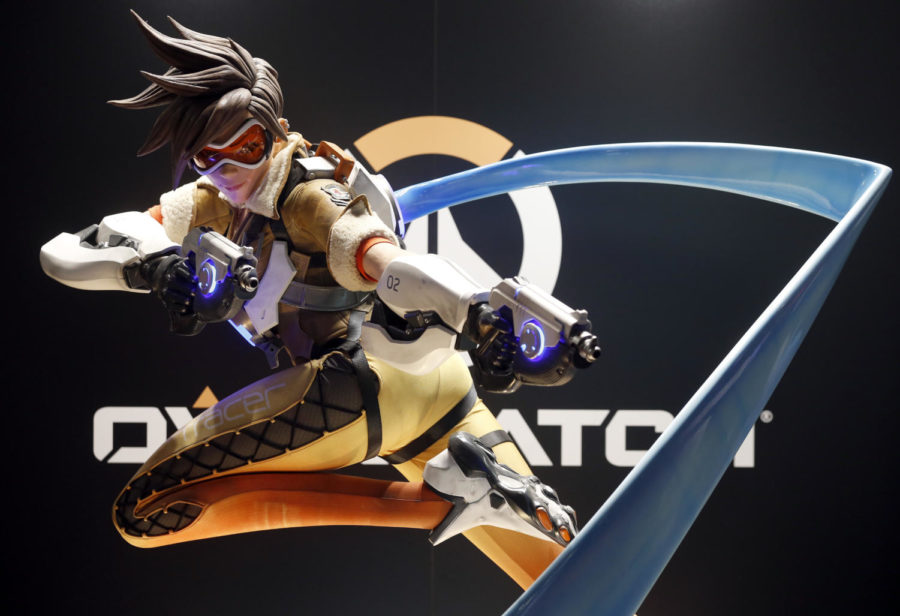 A figurine of "Tracer," one of two queer characters in the video game "Overwatch"

Let’s get gay for a second, folks. Blizzard’s recent announcement that Soldier 76 of Overwatch is gay has caused quite the stir not only in the LGBTQ+ community but in the world in general. Soldier 76 isn’t the first gay character in Overwatch, either; Tracer was revealed to be a lesbian in  2016, which was a huge leap for queer representation. Both of the characters allow LGBT players to feel represented, and it provides a sense of comfort for those still in the closet.

Blizzard isn’t the only one working to bring LGBT characters to the forefront of media—more and more characters are starting to step into the rainbow light. Shiro of Voltron was shown with a romantic male partner named Adam in season 7. LGBTQ+ representation has been so scarce until now, largely because being gay or trans wasn’t accepted at all until recently. Older shows have the representation, but you have to look closely to see it. Sailor Moon’s Haruka (Sailor Uranus) and Michiru (Sailor Neptune) were lovers in the original series. When the anime was done in English, this was changed, and they were made cousins. Newer shows are starting to add openly LGBT characters. Steven Universe has a few different gay characters; Ruby and Sapphire are both genderqueer and lesbian. They loved each other so much that they got married and fused into Garnet. Pearl loves Rose Quartz, and her feelings are later shown as being returned by Rose. Kenji Hikiishi of My Hero Academia is a trans woman. Despite having a male body, she prefers to use female pronouns.

Out and proud celebrities are also working to increase LGBT exposure, but it isn’t enough. By adding LGBTQ+ characters into animation, it increases the amount of representation that young, gay teens feel that they have. Non-animated shows started adding LGBT characters a bit earlier on, but a lot of children prefer animated shows over adult-type dramas. Queer representation has made leaps and bounds within the last 20 or 30 years, and it really shows in our youth today. There are more openly LGBTQ+ teenagers than there has ever been before. This is because they are starting to feel comfortable, safe, and represented. We still have a long way to go before there’s an adequate amount of representation, but what we have now is amazing. Teenagers and children are the world’s future and should be made to feel equally represented.